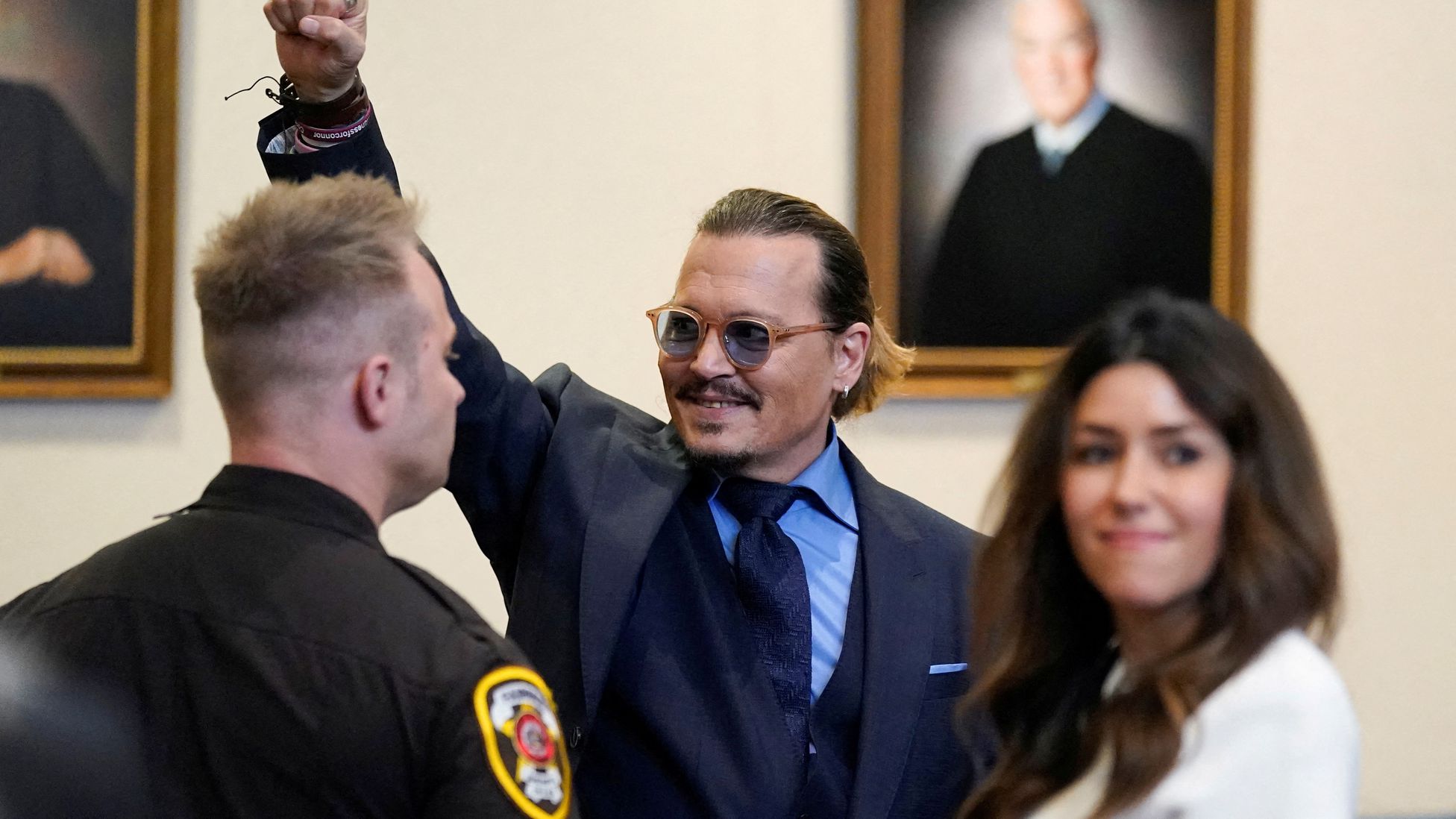 Johnny Depp’s legal team did some powerful maneuvering to win his case. In this post, I’ll focus on where they filed their lawsuit and why. In my next posts, I’ll review the following:

Many have wondered why Johnny filed his lawsuit in Fairfax County, VA instead of in Los Angeles County, CA, where both he and Amber reside. In large part, it’s because the laws regarding defamation in Virginia are far more favorable to public figure plaintiffs like Johnny than the similar laws in California. In my last post, we reviewed the specific elements of law that determine how to prove a defamation claim and touched on anti-SLAPP statutes. We will go into more now as anti-SLAPP considerations greatly affected the outcome of the case.

SLAPP stands for “Strategic Lawsuits Against Public Participation.” In general, these statutes state that “Individuals shall be immune from civil liability… for a claim of defamation based solely on statements that are made regarding matters of public concern that would be protected under the First Amendment to the United States Constitution.”

The difference between Virginia’s and California’s anti-SLAPP statutes is significant procedurally. Per The Reporter’s Committee for Freedom of the Press, California’s anti-SLAPP statute provides that a defendant may file an immediate motion to strike on the grounds that their speech is protected – and, once they do so, the lawsuit is automatically stayed pending the determination of the SLAPP issue. In other words, nothing will happen until the SLAPP motion is decided: i.e., no discovery, no motion practice, no anything.

If the motion to strike is denied, the case continues to remain on hold if and while the defendant appeals that decision. This allows for a defendant to avoid incurring unreasonable expenses for lawsuits for protected speech and/or that are otherwise vexatious. If a defendant prevails and the plaintiff’s case is determined to be a SLAPP suit, the plaintiff is then responsible for paying all the defendant’s attorney’s fees – and the defendant has the option of filing a “SLAPP Back” lawsuit for any compensatory and punitive damages they suffered because of the litigation.

Virginia has none of those provisions. Instead, Virginia’s statute only provides for an anti-SLAPP defense, but that defense is moot for public figures – which is what the judge ruled both Johnny and Amber were in the Virginia lawsuit.

If Johnny had filed his case in California, Amber could have responded with an immediate motion to strike – and the case would have been stayed. By filing in Virginia, Johnny’s case moved full steam ahead, despite Amber raising the anti-SLAPP defense.

Six weeks after he filed the lawsuit, Johnny was issuing subpoenas for testimony and evidence. Within six months, the docket for the case had 58 entries, including eight more subpoenas from Johnny.

Responding to aggressive discovery requests and motion practice is very costly and time-consuming, to say the least.

For comparison with California, in August 2019 eight people sued Netflix for defamation, invasion of privacy (false light), and fraud – all of which were related to how they were portrayed in the Netflix show “Affliction”. In sum, they claimed that “…they were duped by defendants into participating in a salacious reality television show.”

Netflix filed a motion to strike two months later under California’s anti-SLAPP statute – and all discovery and motion practice in the case was stayed. The Circuit Court denied Netflix’s motion six months later, but the stay remained in place pending its appeal. On April 11, 2022, Netflix’s appeal was denied, and the case went back to Circuit Court.

The Netflix case is just beginning to move forward again. That’s a two-and-a-half-year delay even though only one of their causes of action was for defamation.

In March 2022, Brian Warner – p/k/a Marilyn Manson – sued Wood and Gore for defamation per se and intentional infliction of emotional distress (among other claims). He posted the complaint on Twitter.

On April 28th, Wood filed a motion to strike portions of the complaint under California’s anti-SLAPP statute. Gore followed, with the same motion on May 24th.

Neither defendant’s motions will be heard until December 2022 and January 2023 respectively, meaning that it could take months for the judge to render a decision – and both defendants will likely appeal if their motions are denied. As a result, it could be years before this case moves forward even if Warner ultimately prevails on the motion.

Had Johnny’s team filed in California in 2019 and survived the inevitable motion to strike by Amber, his case would still be in its infancy as of today – and he’d be a year or two out from a trial on the merits.

California’s laws do not have a claim for defamation by implication within the statute or through case law. If you want to file an analogous claim in California, then the proper statute is “false light” not defamation (See: The Digital Media Law Project).

Defamation and false light are vastly different torts – at least in the eyes of the general public.

What gave Johnny the grounds to file in Fairfax County?

Just because a state has more favorable laws doesn’t mean you can sue there.

Fortunately for Johnny, the Washington Post is printed and distributed in Fairfax County – and the servers where the publication is hosted, and articles are uploaded to the internet are also located in Virginia.

Agreeing to have her Op-ed published in the Washington Post was a serious error on Amber’s part.

It appears the ACLU who recruited her to write the piece – including the four ACLU attorneys who actually drafted it – simply ignored the fact that Virginia law would govern her actions. Nor did her media and entertainment attorney in Los Angeles inform her of this issue.

This seems like especially egregious lawyering considering Johnny’s litigiousness. By the time of Amber’s Op-ed, Johnny had already sued his former business managers of 17 years and The Sun newspaper in the UK for libel.

Once sued, Amber filed an immediate motion for the case to be dismissed for lack of jurisdiction. However, the judge determined the venue was proper, writing in a 10-page opinion that Virginia courts have ruled that where the article was uploaded to the internet is the place of publication and the basis for jurisdiction on a claim of defamation.

The article was uploaded by the Washington Post in Virginia, so Virginia was the proper venue.