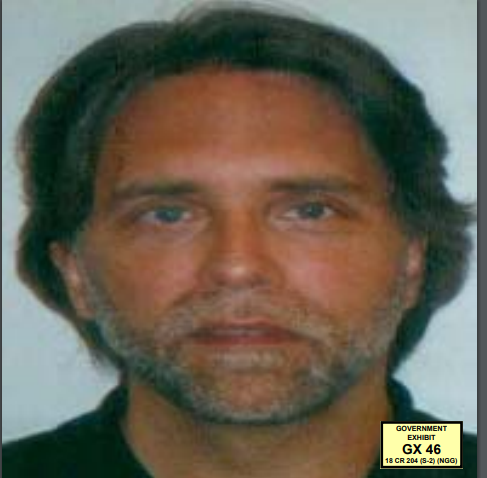 Author’s Note: Before returning to more serious legal issues and trials, I wanted to save our readers a lot of time and effort by summarizing what is going on – and what is likely to happen – regarding all of Keith Raniere’s pending legal issues. With the help of Carnac the Magnificent, I was able to produce the following post.

With so many legal battles going on at the same time, even the most ardent of Keith Raniere’s still loyal followers must be having trouble keeping track of everything that’s going on in all those engagements.

And with various holiday seasons about to descend upon all of us, it’s doubtful that anyone else – including even his more pernicious enemies – really has enough time to check in on all of Keith’s legal battles.

So, as a public service to both the Dead-Enders and the Wish-He-Was-Deaders, I have contacted the spirit of Carnac the Magnificent– and asked him to reveal what’s going to happen in all those various legal battles.

Here, in chronological order, is a summary of what Carnac pulled from his many envelopes:

Sometime in the next 30 days, U.S. District Court Judge Raner C. Collins will rule on all the currently pending motions in this case. These include the following:

In addition, Judge Collins will also grant Defendant’s Motion to Dismiss – and, in the related Order, will admonish Keith’s attorney, Stacey Scheff, for filing actions and motions regarding matters for which her client has failed to exhaust his available administrative remedies per the U.S. Bureau of Prisons’ Administrative Remedy Program.

Keith’s loyal followers will claim that Judge Collins was likely bribed by one of Keith’s enemies – and will produce copies of the judge’s bank records to show that he received deposits totaling $14.75 million from various members of the Knights Templar, a group that has tormented Keith since he first refused to become a member.

Suneel Chakravorty will also provide an Affidavit in which he avers that he attended several meetings of the New York City branch of the Knights Templar – and secretly recorded discussions that took place in those meetings about Keith and Judge Collins. He will also explain that his tape recording was secretly wiped clean by one of the drones that the Knights Templar use for that purpose.

Sometime in the next 45 days, the U.S. Court of Appeals for the 2nd Circuit will release its opinion regarding Keith’s pending appeal of his conviction on seven felony counts in the U.S. District Court for the Eastern District of New York (EDNY).

Notwithstanding the fact that numerous highly-paid attorneys worked diligently and tirelessly on this matter – (No one slacks off or gets tired when they’re billing at $800.00 or more per hour) – the 2nd Circuit will deny each and every aspect of this appeal.

Members of The Dossier Project will immediately cry “Fix” – and claim that more than 80% of the 2nd Circuit judges are members of the Illuminati, the bane of Keith’s existence.

Once Clare Bronfman is informed that the dreaded Illuminati were the reason that Keith’s appeal was denied, she will immediately make arrangements to deposit an additional $ 2 million into Keith’s “Legal Defense Fund” so that he can file an appropriate appeal to the U.S. Supreme Court.

Unfortunately for Keith, the U.S. Supreme Court will choose not to hear his case. Soon thereafter, the Dead-Enders will discover previously undisclosed documents showing that all nine justices are, in fact, members of the Freemasons, another group that has worked to silence Keith for more than thirty years.

RE: Pending Motions in the EDNY

At present, Keith has two pending motions in the U.S. District Court for the Eastern District of New York: one that was filed per Rule 33 of the Federal Rules of Criminal Procedure in which Keith is requesting that he be granted a new trial based upon evidence that was first discovered after he was convicted on all seven counts in his trial in June 2019 – and another requesting that Judged Garaufis recuse himself from ruling on Keith’s Rule 33 Motion.

According to Carnac, Judge Garaufis will deny both of these motions before the end of 2022.

Based upon the fact that Judge Garaufis never disclosed that he was a member of the Skull and Bones Society, Keith convinces Clare Bronfman to spend an additional $5 million to fund his appeal of Judge Garaufis’ rulings.

To no one’s surprise, the Illuminati judges in the 2nd Circuit deny Keith’s appeal – and the Skull & Bones justices in the U.S. Supreme Court refuse to hear his appeal of that denial.

With many thanks to Carnac – without whose help this post would not have been possible.