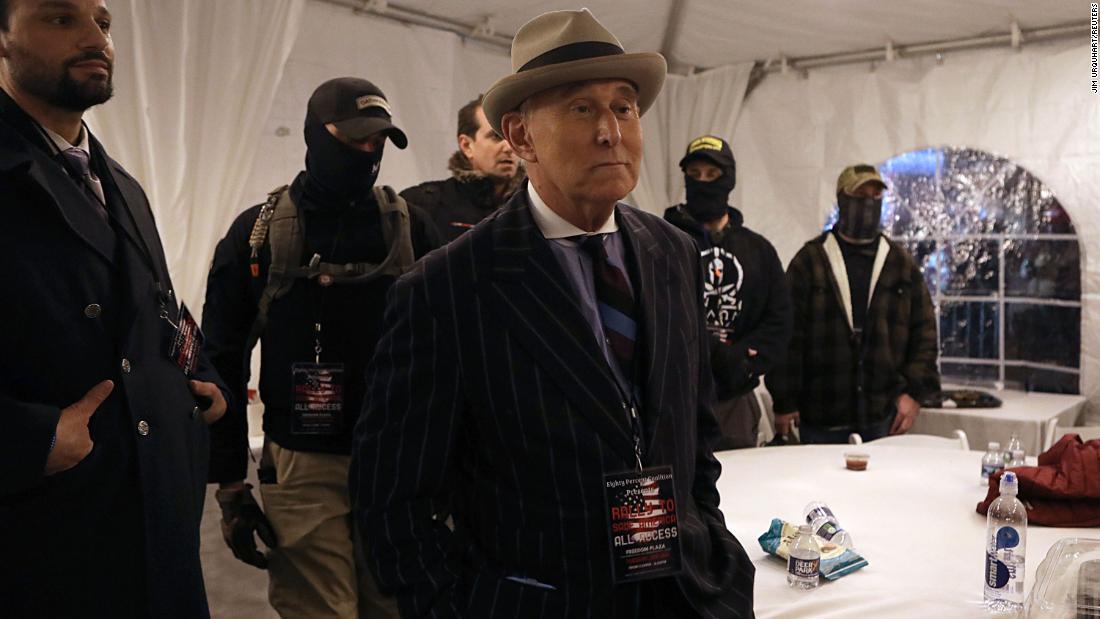 The significance of the Proud Boys

The Proud Boys and the House Select Committee

On June 9, 2022, the House Select Committee to investigate the January 6th insurrection held its first public hearing. Dramatic footage of the group known as the Proud Boys, marching on the Capitol was shown.

One witness who gave testimony was documentary film maker Nick Quested. Quested had been embedded with the Proud Boys while working on a film about the rise of polarization and extremism in American politics. He gave a first-hand account of meeting up with approximately 300 Proud Boys who then marched to the Capitol. Footage he took of them was shown.

Watch Quested footage of Proud Boys marching to the Capitol

Three days before, on June 6, 2022, in a third superseding indictment, five Proud Boys leaders – including their National Chairmen, Enrique Tarrio – were indicted for seditious conspiracy, adding to a bevy of prior charges over their January 6th riot activities. These prior charges include conspiracy, assaulting, resisting, or impeding certain officers, and robbery of government property.

A sixth leader, Charles Donohoe, pled guilty in April to conspiracy to obstruct an official proceeding and assaulting, resisting or impeding officers. He is cooperating with the government and faces up to 20 years in prison.

The New York Times produced a visual analysis identifying the Proud Boys and what they were doing throughout January 6th.

The indictments of the Proud Boys’ leaders followed those of another extremist group named the Oath Keepers who they coordinated with leading up to and during January6th. The founder of the Oath Keepers, along with nine other members, were indicted last January, also for seditious conspiracy.

Throughout the House Select Committee’s seven hearings this summer (the next one is on July 21st), the focus has circled back to the Proud Boys several times. Of the over 800 people who have been charged in connection with January6th-related charges, seditious conspiracy is the most serious charge that has, thus far, been levelled.

Seditious conspiracy requires prosecutors “to show that at least two people agreed to use force to overthrow government authority or delay the execution of a U.S. law.” The House Select Committee has yet to make a formal recommendation of criminal charges to the Department of Justice (DOJ). The big question on everyone’s mind is: “Will the Committee recommend charges be filed against Donald Trump or anyone in his inner circle?”

On June 28th, Cassidy Hutchinson, a former aide to Trump’s Chief of Staff, Mark Meadow, gave what many saw as bombshell testimony that increased that likelihood of Trump and/or members of his inner circle being indicted. From Insider: “In two hours of testimony, Hutchinson said Trump dismissed concerns that his supporters were armed with guns at a rally that immediately preceded the Capitol attack, telling the Secret Service earlier on January 6 to remove metal-detecting magnetometers from the fenced-off area where he delivered a fiery speech filled with claims about the election that his own officials told him were false.”

“Take the effing mags away — they’re not here to hurt me,” Hutchinson quoted Trump as saying.

Later on January 6th, Hutchinson recounted from a story she was told by Anthony Ornato, a senior Secret Service official, Trump tried to grab the steering wheel of his Secret Service armored SUV in a failed effort to direct the heavily armored vehicle to the Capitol. And in the days leading up to January 6th, as Trump expressed an eagerness to go to the Capitol on the day Congress was set to certify Joe Biden’s electoral victory, the top White House lawyer warned of the legal ramifications of such a move.

And as the Capitol attack unfolded on January 6th, Trump appeared unfazed by reports that his supporters were chanting “Hang Mike Pence.” Trump instead defended his supporters ransacking the Capitol and suggested that Pence “deserves it,” Hutchinson testified.

Could Trump be charged?

The New York Times published a round-up of legal expert opinions from around the web. One stated (regarding Trump) Hutchinson provided “the smoking gun… for his criminal culpability on seditious conspiracy charges.” While others who were previously opposed to a Trump prosecution said she “changed their minds because she provided ‘proof of intent.’”

The key to bringing a seditious conspiracy charge is to have evidence that Trump or other parties conspired together to use force to stop the certification of the election. If the Committee can prove a direct link showing Trump conspired with the Proud Boys, directly or through middlemen, in their use of force – he and others could be charged.

Is Roger Stone the link?

The House Select Committee’s presentations have raised the possibility Trump’s longest serving political advisor, Roger Stone, is that link. In her testimony on June 28th, Cassidy Hutchinson stated it was her understanding that Trump instructed Mark Meadows to contact Stone on January 5th while he was at the Willard Hotel (near the Capitol), operating as the founder of the “Stop the Steal” movement. Hutchinson testified Rudy Giuliani and Trump advisor, lawyer John Eastman, had set up a “war room” to overturn the election at the Willard (Hutchinson also stated Giuliani and Eastman would later seek pardons from Trump for these actions, which they both have since denied).

Then in its July 12th hearing, the House Select Committee featured Stone again, this time more prominently. They laid out how Stone was the center point of contact between the Proud Boys, the Oath Keepers, and pro-Trump loyalists through an encrypted chat group they all used to communicate with one another. It was called “Friends of Stone”.

Rep. Jamie Raskin, who led the July 12th hearing, said Stone used that chat to communicate “regularly” with Oath Keepers leader Elmer Rhodes and Proud Boys leader Tarrio, and that it focused on “various pro-Trump events in November and December of 2020, as well as January 6.”

This all should come as no surprise for anyone familiar with the career of Roger Stone, as his public support of the Proud Boys is well known. In 2018, Stone appeared with Tarrio in a video posted online wherein he said to their Proud Boys audience “Keep the faith, we will never give up the fight. We will prevail.”

In February 2019, Stone’s relationship with Tarrio came under scrutiny when, during his criminal prosecution for obstruction of a congressional investigation, he posted a picture on Instagram of the presiding judge, Amy Berman Jackson, with the crosshairs of a gun next to her head. When ordered to court to explain the photo, Stone apologized to the judge and said he didn’t post the photo, it was posted by “one of his volunteer aids”. When asked to name his aids and who had access to his home and phone, he named Enrique Tarrio (For an excellent detailed timelines of Stone’s extensive involvement with the Proud Boys, click  JustSecurity.org and emptywheel.net.)

It’s so easy to start a cult

Is the Proud Boys a cult? The recent media coverage of the Proud Boys has focused on their prosecutions and their history of violence both on January 6th and at protests involving Antifa or left-wing groups. The Anti-Defamation league has a description and timeline of their violent acts here.

However, the group has many other odd things about it.

It was founded in 2016 by Gavin McGinnis, a co-founder of Vice Media who left the company in 2008. In a column for right-wing media outlet Taki, McGinnis introduced the Proud Boys. In it he said what started out as a group of men meeting at “a dive bar drinking, fighting, and reading aloud from Pat Buchanan’s “Death of the West” became “a bona fide men’s club with rituals, traditions, and even its own in-house court called The Sharia.”

“Women are not allowed,” McGinnis wrote. “The basic tenet of the group is that they are ‘Western chauvinists’ who refuse to apologize for creating the modern world. Like Archie Bunker, they long for the days when girls were girls and men were men.”

After having had only a few meetings by the time of McGinnis’ column, the group had spread remarkably fast, with McGinnis describing and linking to chapters around the country and world. “There is the Midwest chapter, the Pacific Northwest/Seattle chapter, the Louisiana chapter, Minnesota Proud Boys, Proud Boys Nashville, Proud Boys Texas, Proud Boys U.K., Proud Boys Canada, Proud Boys Australia, Proud Boys Brazil, Proud Boys NJ, and even a branch in the Middle East. It’s hard to determine just how many there are. The private Facebook page has just over 1,000 members and that’s as good a gauge as any.” (All the links within the article are inactive now.) By 2021 the Proud Boys had 45 chapters.

How the Proud Boys view women

The Proud Boys would evolve towards increasing and greater militancy, but when they were first spreading like wildfire, it appears, sadly, that much of their success was due to their attitudes towards women. Some of their thoughts and beliefs are:

“Ladies, housewives, we love the work you do. We venerate you. We love that you cook and clean, sure, that doesn’t take that long. We love that you produce babies with your body then shape them and nurture them.” – Gavin McGinnis, “Get Off My Lawn”

“We venerate the housewife …. (although), women are lazy and less ambitious than men… the pay gap between women and men is due to the fact a woman would rather go to [her] daughter’s piano recital than work.” – Gavin McGinnis

Feminist journalists are “just a colostomy bag for various strangers’ semen”- Gavin McGinnis, “Get Off My Lawn”

“Oprah was remarkably promiscuous in the day to put it mildly. She was turning tricks; she was basically a prostitute and that’s still in her DNA. So, when she’s with Weinstein and she’s in this big world with these billionaires she still has that ghetto mentality of ‘You want to try this girl out for a while, let’s try this girl, like hey mind if I come along?’

“I mean look at her whole life. She was such a slut” – Gavin McGinnis, on the Alex Jones Show

There are four degrees of membership in the Proud Boys (from their now defunct website):

First Degree
“You publicly declare you are a Proud Boy. This means you make your Western chauvinism public, and you don’t care who knows it.”

“You must get the crap beaten out of you by at least five guys until you can name five breakfast cereals. If you hammer out, “Chex, Cheerios, Rice Krispies, Corn Flakes, and Special K” in a matter of seconds, you’re free to go.”

Third Degree
While retaining the principles of the first and second degrees, the third degree involves getting a tattoo that says, “Proud Boy.” If someone has a problem with it, branding is permitted.

One can only imagine how many Proud Boys were aspiring to get their “Fourth Degree” on January 6th.