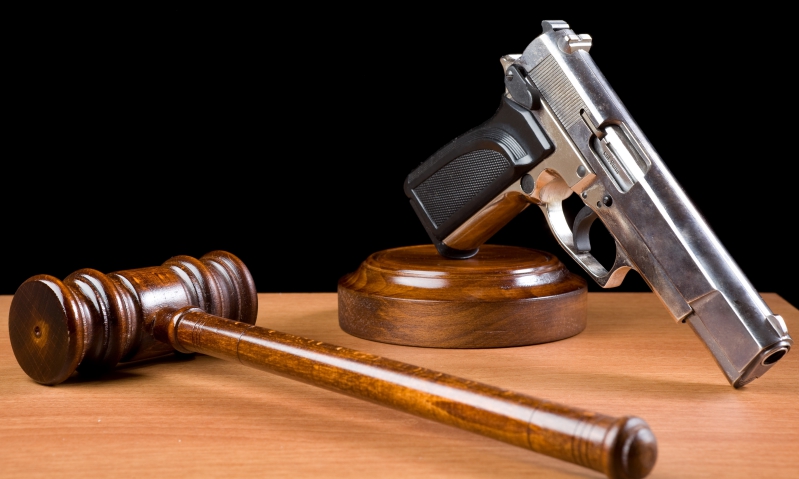 In Part 1 of the series regarding this topic, I reviewed the history of the Second Amendment and listed the various federal statutes that have been passed – and the previous cases that have been decided by the U.S. Supreme Court – regarding the issues of gun rights and gun restrictions. In addition, I also provided a summary of what some legal scholars believe to be the major “Pros” and “Cons” of the Second Amendment.

Primary Interpretations of the Second Amendment

Most legal scholars agree that there are three primary ways to interpret the language of the Second Amendment:

Prior Rulings by SCOTUS

Despite the wide disparity in the above-referenced interpretations of the Second Amendment, SCOTUS has issued relatively few opinions regarding what rights it actually guarantees. In this regard, its major rulings regarding this topic were set forth in the following cases:

“The constitutional right to bear arms in public for self-defense is not ‘a second-class right, subject to an entirely different body of rules than the other Bill of Rights guarantees’…The exercise of other constitutional rights does not require individuals to demonstrate to government officers some special need. The Second Amendment right to carry arms in public for self-defense is no different. New York’s proper-cause requirement violates the Fourteenth Amendment by preventing law-abiding citizens with ordinary self-defense needs from exercising their right to keep and bear arms in public.” . . .

“New York’s proper-cause requirement violates the Fourteenth Amendment in that it prevents law-abiding citizens with ordinary self-defense needs from exercising their right to keep and bear arms. We therefore reverse the judgment of the Court of Appeals and remand the case for further proceedings consistent with this opinion.”

In addition to allowing anyone in New York State who has a valid gun license to conceal-carry their guns in otherwise unrestricted public places, this recent SCOTUS decision has also put U.S. District Courts throughout the country on notice that their previous rulings upholding similar restrictions were incorrect and must be re-evaluated. This includes, at a minimum, federal courts in the states of California, Hawaii, Maryland, and New Jersey.

In addition, the SCOTUS ruling in New York State Rifle & Pistol Association will also make all sorts of other state-level gun-related restrictions vulnerable to challenge. Per the language of the majority opinion, U.S. District Courts must now analyze the constitutionality of all such restrictions in terms of whether they are “consistent with this Nation’s historical traditions” – wording that many legal scholars have interpreted as meaning that any gun-related restriction that does not have a historical link to the nation’s practices at the time it was founded is at risk of being found to be unconstitutional.

In essence, this decision means that every type of current gun restriction must be evaluated against a much higher standard than before. This includes, but is not limited to, restrictions concerning the minimum age to own certain types of guns, the types of guns that can be owned, limits on high-capacity magazines and types of allowable ammunition, etc.

But as Justice Thomas wrote in the majority opinion, “Despite the popularity of this two-step approach, it is one step too many” – thereby indicating that Step 2 was inconsistent with SCOTUS’ established precedents regarding gun rights.

Instead, Thomas wrote, “the government must affirmatively prove that its firearms regulation is part of the historical tradition that delimits the outer bounds of the right to keep and bear arms,” thereby shifting the burden of proof to the state to prove that its restrictions are constitutional.

Although no mention is set forth in the opinion, it appears that SCOTUS has moved from an “Intermediate Interpretation” of the Second Amendment to an “Individual Rights Interpretation” of it. In doing so, it has called into question the legitimacy of numerous gun restrictions that have been enacted by state legislatures in recent years – which means that it will likely take a considerable amount of time before we can accurately assess the full impact of the SCOTUS decision in New York State Rifle & Pistol Association Et Al v. Bruen Et Al.

In Part 3 of this series, I will review the recently-enacted federal legislation regarding gun rights – and look at some of the other proposed changes that have not been passed by Congress. In addition, I’ll also look at some of the other legislation that has been passed or proposed by states in response to the New York State Rifle & Pistol Association Et Al v. Bruen Et Al decision.

2 Replies to “The Second Amendment: Part 2”