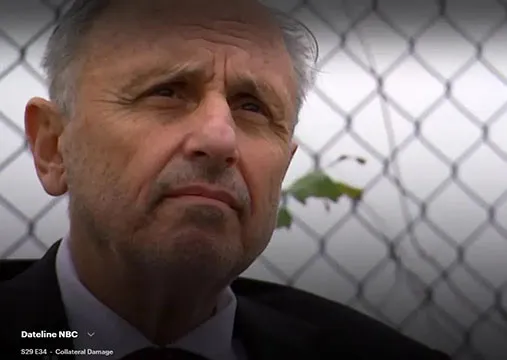 In a case that began with a flurry of allegations and headlines, the ending was shockingly subdued.

Frank R. Parlato, the former managing partner of the One Niagara Building in Niagara Falls, NY – and the current Managing Editor of Frank Report, pled guilty today to one count of failing to file IRS Form 8300.

Per the applicable IRS regulations, anyone who receives more than $10,000 in cash in one transaction – or in two or more related transactions – must report the receipt of those funds to the IRS via Form 8300.

As noted in the Plea Agreement that Parlato and the government entered into today, one of the vendors who rented space at the One Niagara building (“Vendor 1”) paid his rent in cash over the course of the 2010 rental season. “Although each individual partial rent payment was in an amount less than $10,000, in aggregate, Vendor 1 paid [Parlato] approximately $19,970 in rent for 2010. The defendant willfully failed to file an IRS Form 8300 with regard to his receipt of cash rent from Vendor 1 for the 2010 season.”

Parlato is scheduled to be sentenced on December 7, 2022.

Per the terms of the Plea Agreement, the government has agreed not to recommend a sentence of more than 24 months.

History of the Case

The original indictment in the case was unsealed on November 20, 2015.

It contained nineteen counts – including the one that was the entire basis for the investigation into Parlato’s business dealings: i.e., that he had allegedly defrauded Clare and Sara Bronfman, the daughters of Edgar Bronfman, Sr., out of $1 million in conjunction with a real estate development project in California.

That original indictment was replaced by a superseding indictment that was issued on May 23, 2018.

The superseding indictment omitted all references to the Bronfman sisters – and deleted the one charge that was related to Parlato allegedly defrauding them out of $ 1 million.

According to Parlato’s statement at the time, “They had to drop the Bronfman-related charge because evidence emerged to show that Clare Bronfman had committed perjury when she told the Grand Jury in my case that we had executed a signed agreement regarding my work on the California real estate development project. There was, in fact, no signed agreement – which is what Clare admitted in the testimony she gave, under oath, in a civil lawsuit in California concerning the real estate development project.”

Once the Bronfman-related charge was dropped, Parlato was still facing eighteen felony counts. These were as follows:

Throughout the ensuing 4+ years, Parlato insisted that he was not guilty of any of the remaining eighteen charges against him.

He also insisted that he would never plead guilty to a crime he didn’t commit – which is why he expected to go to trial next month.

In an exclusive interview with Trials & Truths earlier this month, Parlato said: “Throughout this period of time, I turned down numerous plea deal options because they all required me to plead guilty to something I didn’t do. That is simply never going to happen.”

Why Parlato Agreed to a Plea Deal

In another exclusive interview with Trials & Truths earlier today, Parlato explained that he agreed to the Plea Agreement that he entered into today because it did not require him to plead guilty to any of the outstanding charges against him – and because he had, in fact, failed to file the IRS Form 8300 in question.

“I said I would never plead guilty to any charges that were untrue,” Parlato said, “and I didn’t. I also had no problem pleading guilty to the one charge that I did because I had, in fact, not filed the Form 8300 when I was supposed to do so.”