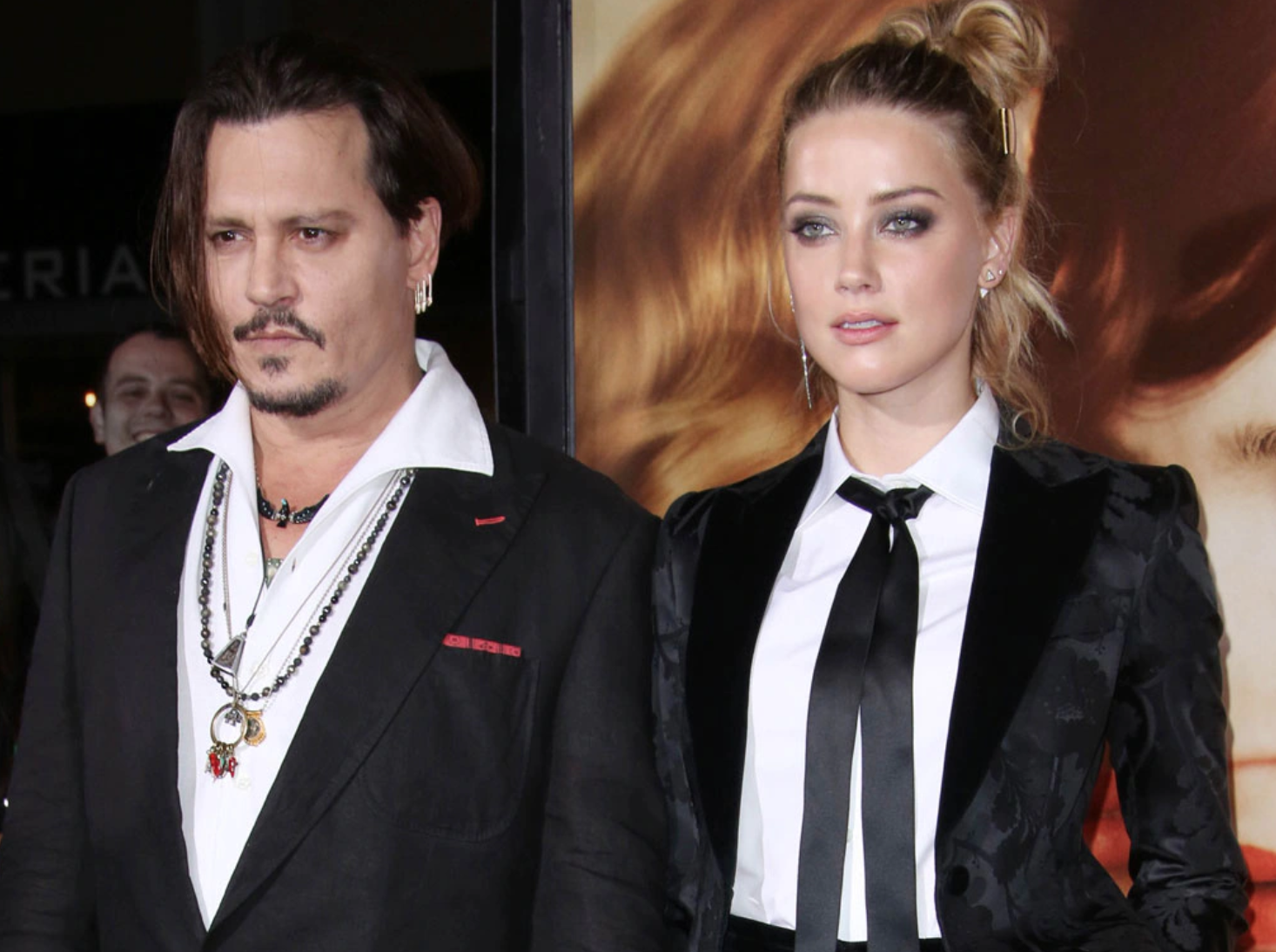 Well, the verdict is in – and on June 1st, the jurors in the Johnny Depp v. Amber Heard trial rendered their opinion as to the defamation claims they had made against each other. Johnny had sued Amber for $50 million – and she had responded with a counterclaim of her own for $100 million.

So, now let’s begin a post-verdict review of what happened – and try to determine why the case ended up as it did.

Throughout the trial, the number of major news outlets live-streaming it daily on their YouTube channels or home pages grew as media outlets recognized that the public’s obsession with the case continued to increase as the case progressed. CBS, NBC, FOX, Entertainment Tonight, The New York Post, and The Guardian – just to name a few – all carried the trial live.

The viewership for the case was astronomical. Law and Crime Network reported that on the last day of the trial, Friday, May 27th, 1.2 million people watched closing arguments – while on Wednesday, June 1st, close to 2-million viewers tuned in as the verdicts were read.

Those are the numbers for just one news outlet’s Livestream.

This trial was not the somber affair one might have expected – at least not for Johnny. It was more like every day he was showing up for a movie premiere.

Throughout the 24-day/7-week trial, Johnny arrived at the Fairfax County Circuit Courthouse with hordes of enthusiastic fans outside cheering each day. He always arrived with his team in a black SUV, windows open and Bob Marley blaring. All charm and cheerfulness, waiving and shaking hands before entering court for the day.

When the court let out each day, people lined the streets trying to give Johnny gifts through his SUV’s windows and cheering his exit.

On Court TV, one could listen to interviews with people detailing how they had travelled thousands of miles to support Johnny. One man even showed up with Alpacas each day that wore pirate hats in support of Johnny.

Johnny’s attorneys regularly greeted – and interacted with – his fans. Lines of people slept out on the sidewalk all night, each night, hoping to get into the courthouse to watch the trial live the next day.

From Day 1 of the trial, there were several references to Johnny’s UK libel case against The Sun newspaper for the following headline they included in a story about him: “GONE POTTY How Can J K Rowling be ‘genuinely happy’ casting wifebeater Johnny Depp in the new Fantastic Beasts film?”

Johnny sued The Sun based on his assertion that labeling him as a “wifebeater” was a lie that damaged him – and the case went to trial in the summer of 2020. The judge found that Johnny had committed 12 instances of domestic violence against Amber – and that, therefore, the term “wifebeater” was “substantially true”.

Just Google the terms “Depp Sun UK Case” and you’ll get a slew of reports from November 2020, when the UK Judge rendered his 129-page opinion, a detailed analysis of all the testimony and evidence presented throughout the proceedings that led to his determinations. Switch to Google Images and you’ll get pictures of Amber with black eyes and a slightly swollen nose.

Though many of the witnesses and evidence presented in the UK case were the same as in the Virginia case, neither the Judge nor Johnny’s fans were affected by this prior decision. The presiding judge in the Virginia case, Penney Azcarate, wrote an 11-page opinion as to why the UK case could not have sway over the Virginia case, and merely three weeks into the trial – before Amber had even had a chance to present any of her evidence – Rolling Stone reported that the #JusticeforJohnny hashtag had more than 6.8 billion views on TikTok. At that same time, the #IStandWithAmberHeard tag had a mere 2.4 million views.

As the trial wore on, the numbers supporting Johnny continued to skyrocket.

“Winning a defamation case…has to be based on facts. It can’t be based on opinion. And that’s where a lot of defamation plaintiffs get in trouble,” legal expert Daniel Gutenplan told PEOPLE magazine.

According to the Digital Media Law Project, defamation law in Virginia is very similar to state defamation laws throughout the country, with a few minor differences. To successfully assert a claim of defamation in Virginia, a plaintiff must establish the following:

To be “actionable,” the statement must be a false statement of fact that harms the plaintiff’s reputation in the community or that deters other persons from associating with them. Virginia courts have also ruled that statements of fact that in and of themselves are not false but which, when taken in context, imply something false, can also be defamatory (See Webb v Pilot Media Companies LLC).

Because Johnny Depp is a movie star and a public figure, his claim for defamation also had to meet the much higher standard of proving “actual malice” by Amber Heard. Actual malice is making/publishing a statement while either:

Proving actual malice can be a very difficult mountain to climb because it’s extremely hard to prove a person’s state of mind. Sarah Palin lost her defamation case against the New York Times this past February when the judge determined that she had not proved actual malice – and informed the public he planned to dismiss the case while the jury was still deliberating, regardless of their verdict.

Complicating matters for the public watching the Depp v. Heard trial at home, Judge Azcarate, initially ruled that Amber could use an anti-SLAPP defense – and that jurors would be instructed to consider the anti-SLAPP defense when they started deliberations on Johnny’s claims. However, the day before closing arguments, the judge declared the anti-SLAPP defense moot because it could not be used when actual malice is present anyway, and if either party couldn’t prove actual malice, they didn’t have a valid defamation claim.

(SLAPP stands for Strategic Lawsuits Against Public Participation and many States have Anti-SLAPP statutes on their books. In general, these statutes state that “Individuals shall be immune from civil liability… for a claim of defamation based solely on statements that are made regarding matters of public concern that would be protected under the First Amendment to the United States Constitution.”).

Looking at Johnny’s Claims First, What Did These Laws Mean for His Case?

To win his lawsuit against Amber, Johnny had to prove that:

Of course, the same standards applied with respect to Amber proving her defamation counterclaims against Johnny.

What Statements did Johnny Sue Amber for?

In December 2018, The Washington Post published an Op-Ed under Amber’s name. Three statements within the Op-Ed were the basis for Johnny’s claims (See Johnny’s full complaint here).

While on their face, none of the above-cited statements contain false facts, Johnny’s attorneys argued that, taken in context, the statements have a false implication. “These statements which imply Ms. Heard is the victim of domestic violence are false.”

Why Johnny’s Win is Stunning

The jury instructions given by the Judge stated that the burden was on Johnny to prove that the statements cited within the complaint were false, not on Amber to prove they were true. In addition, Johnny had to prove by “clear and convincing evidence” that Amber made the statements with actual malice.

In other words, Johnny had to convince the jury that he never, ever abused Amber. Not once. Proving a negative – proving something did not happen – is extremely hard. (Carl Sagan famously said: “The absence of evidence is not evidence of absence”). Plus, Johnny had to prove that Amber never believed he abused her either – or that she said things she believed were false.

Despite all these obstacles, Johnny’s legal team was brutally effective. The jury ruled in Johnny’s favor and awarded him a huge sum.

In my next post on this topic, I’ll analyze Team Depp’s most potent strategies and Amber’s counterclaims/counterclaim award.

4 Replies to “Johnny Depp v Amber Heard: Understanding What Happened in Their Trial”