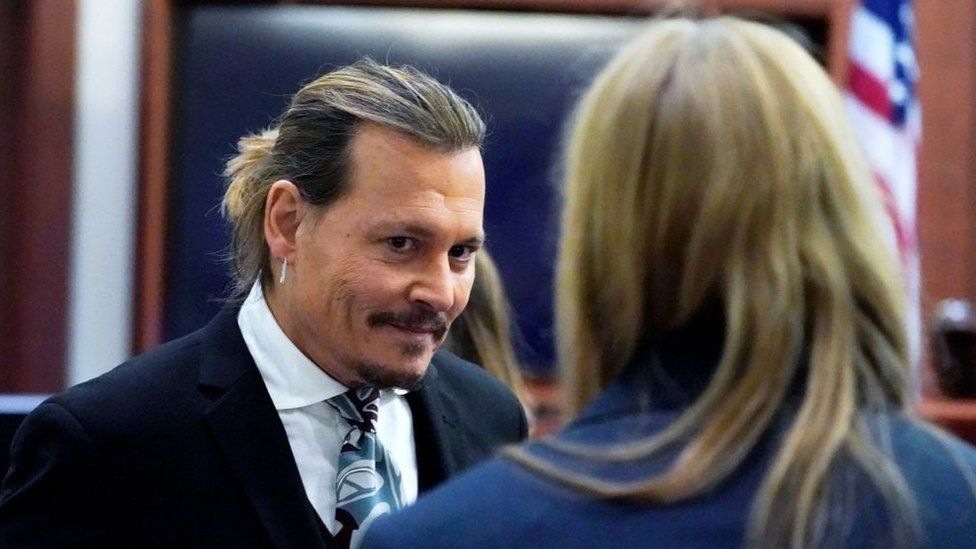 In the first two articles in this series, we discussed Team Depp’s strategies of first exploiting the legal advantages of filing their case against Amber Heard in Virginia (Why Johnny Won Part 1) and then reimagining Johnny’s public and legal position as a victim instead of an offender (DARVO) (Why Johnny Won Part 2).

Today, we’ll look at Team Depp’s mastery of the use of social media to promote his legal narrative.

(If you are unfamiliar with the case as a whole, we recommend starting with Johnny Depp v Amber Heard: An Introduction).

It’s Team Depp’s position at present that the widespread global social media support for Johnny is and was completely organic in origination. Vice News reported by the last day of testimony in the trial that 16.9 billion people had viewed #JusticeforJohnnyDepp on Tik Tok alone. That number was up from the 9 billion reported by Rolling Stone a mere three weeks earlier.

Adam Waldman is another attorney who had represented Johnny – and who was his lead legal strategist and co-counsel with Benjamin Chew and Camille Vasquez. That was until he was thrown off the case by the Court in 2020 for leaking a variety of information to the media, gossip websites, and Twitter users: i.e.,  confidential discovery materials governed by a protective order, non-authenticated third-party witness declarations, edited audios of Amber and Johnny, and more.

Videotaped deposition testimony of Waldman taken in February 2022 was shown at trial. In it, Waldman was asked by Amber’s counsel, “Have you provided information about this case to other social media personalities who then posted that information?” Waldman responded by saying, “I provided information episodically for what I would call internet journalists.” When asked if he had contact with a social media user named “That Umbrella Guy”, he indicated that he had several phone calls with him.

In the deposition, Waldman confirmed he also communicated with another popular social media user named That Brian Fella and another named The Real Laura B, in a way that was consistent with information and documentation he provided to the mainstream media that Amber’s claims of abuse were “a hoax.”  That Brian Fella’s TikTok viewership exploded to over 5 million views and he was recently quoted in Newsweek.

Chew answered, “That is utterly baseless. Early on in the case, the prior judge Chief Judge White had thrown out a counterclaim related to that. It was absolutely absurd and baseless.”

Guthrie went on, “You know for a fact that neither he, nor his agents, nor anyone tried to pay for or otherwise encourage this kind of social media activity?”

In August of 2020, Amber filed counterclaims against Johnny for three instances of defamation and one count of violating Virginia’s Computer Crimes Act (VCCA). (An additional count requesting a declaratory judgment was dismissed). The count under the VCCA was a “prayer for relief” from the social media-driven smear campaign she alleged that Johnny was waging against her.

Chew told Guthrie that this counterclaim was dismissed “as utterly baseless and absurd”.  However, Judge White’s ruling on Amber’s counterclaims (See opinion page 7-8) states “Under the Virginia Computer Crimes Act (“VCCA”), a claimant must prove that (1) the person used a computer or computer network; (2) to “communicate obscene, vulgar, profane, lewd, lascivious, or indecent language, or make a suggestion or proposal of an obscene nature, or threaten any illegal or immoral act”; (3) with the intent to “coerce, intimidate, or harass” another person.”

There is no statute in Virginia under which Amber could have pleaded her allegations of a paid-for, bot-driven social media smear campaign and/or a campaign to court social media influencers to get them to dedicate their channels to anti-Amber content intended to harm her. In a rapidly evolving, technology-driven media landscape, it’s not uncommon for state laws to be years behind the times.

Therefore, each of Amber’s counterclaims needed to allege an element for each prong of the statute to properly state a claim under the VCCA – and in his analysis, Judge White determined her pleadings did not meet that standard.  As a result, her counterclaims under VCCA were dismissed on procedural grounds, not on their merits or because they “were baseless and absurd.”

Johnny’s lawyers may have sought out the interview with Savanah Guthrie (in part) as a response to a flurry of headlines voicing widespread concern over social media’s interference in the case, who or what caused it, and whether it influenced the jury to rule against Amber.

Here is a sample of some recent headlines, with excerpts from the commentary contained within: “Johnny Depp’s Fake News. The dark arts of media manipulation for political gain, once the realm of D.C., have come to Hollywood in the sordid trial of Depp vs Amber Heard, and there’s no going back now.” – Mathew Belloni Puck

The idea that there existed paid, and/or orchestrated social media in support of Johnny and against Amber was first reported in July of 2020 by the Guardian. Writing, “a report by Bot Sentinel, a group that uses artificial intelligence to detect and track troll bots and allegedly untrustworthy Twitter accounts, has been made public. It exposes the use of an autonomous bot that posted the phrase ‘Fire her from all her rolls and blacklist this crazy liar’, while another read “’am starting a petition. To get Amber Heard blacklisted from Hollywood!’.

Christopher Bouzy, the founder, and CEO of Bot Sentinel, appeared thereafter in the 2021 Discovery + documentary Johnny v Amber. He elaborated on his company’s involvement in the case saying,

“Early 2020 we were contacted to look at activity on Twitter and we were able to determine close to 6,000 fake or inauthentic accounts that were targeting Ms. Heard. Definitely a smear campaign, definitely a coordinated influence campaign, you really didn’t have to be a pro to see it. It appeared to us it wasn’t just some disgruntled fans. It was a targeted operation, and it was one of the most sophisticated online targeted accounts we’ve seen.”

Can an Influence Campaign Driven by Bots Create Real-World Haters?

Rolling Stone reported in an article entitled Are Johnny and Amber’s Stans for Real? : “Cyabra, a Tel Aviv-based startup that analyzes online conversations and spots disinformation, believes that Depp’s online fan base is overwhelmingly real, at least on Twitter” (Cyabra is funded in part by Peter Thiel and does work for the US State Department). Significantly though, Cyabra’s analysis took place between March 13th and April 25th of 2022. Just before and during the trial and two years after the Bot Sentinel analysis.

However it began (bots, influencers, or both), by then it was definitively a real-world – real people global pile on (Johnny’s DARVO public relations strategy should also be factored in).

During jury selection, according to Newsweek a potential juror, under questioning from lawyers, read out a text from his wife which said: “Amber is psychotic. If a man says a woman beat him, they never believe him.”

This person made it onto the jury.

Monetary incentives are a factor in the experience, no doubt, but there may be a simpler explanation. When you go to a football game or a concert, you don’t attribute the crowds to the concessioners selling hot dogs or T-shirts. As Amanda Hess wrote, “TikTok is a bandwagon platform that rewards users for jumping unthinkingly on ascendant trends.”

A crowd makes a crowd. It can be that simple.