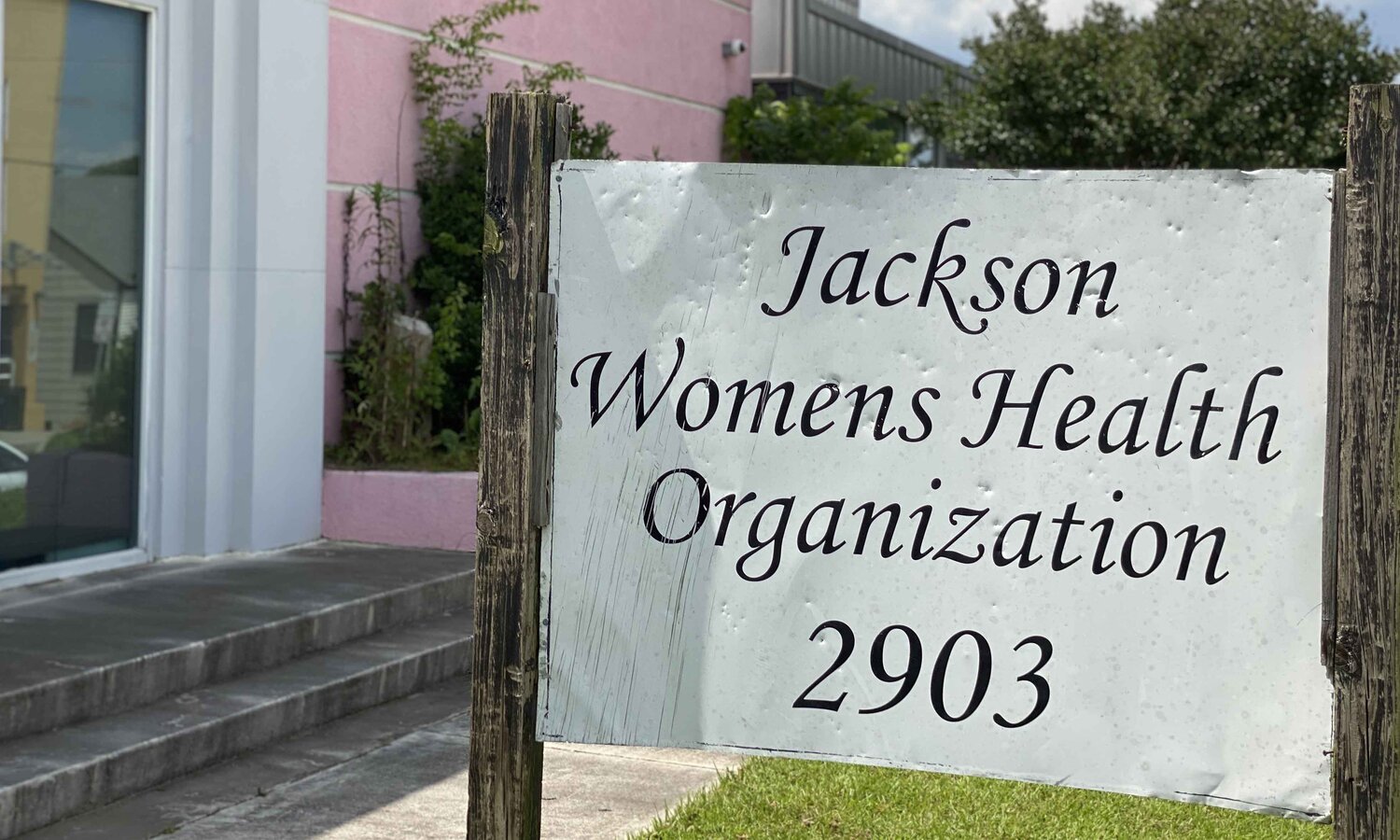 In Part 1 of this four-part series, I provided a historical overview of how the U.S. dealt with the issue of abortion from its founding in 1776 up to the issuance of the U.S. Supreme Court’s decision in the Roe v. Wade case in 1973. In addition, I also provided a summary of the major abortion laws and court decisions that occurred in the U.S. – and a summary of the various methods that were used to induce abortions – during that same time period.

In Part 2, I reviewed the details of the Roe v. Wade decision – and explained why many legal experts and Constitutional scholars felt that the decision was a ticking time bomb from the moment it was released.

In this Part 3, I’ll explain why the decision in Dobbs v. Jackson Women’s Health Organization Et Al has raised concerns among a wide variety of groups throughout the country about the possible revocation of other previously-recognized rights – and explain why it will further divide the country into two types of states with respect to a variety of issues.

And in Part 4, I’ll describe how various states have chosen to deal with the issue of abortion in the post-Roe v. Wade era – and take a look at how the Dobbs decision may impact the upcoming mid-term elections and the 2024 presidential election.

The reasoning behind the Dobbs decision

As recounted in the majority opinion that was authored by Justice Samuel Alito, “For the first 185 years after the adoption of the Constitution, each State was permitted to address this issue [of abortion] in accordance with the views of its citizens. Then, in 1973, this Court decided Roe v. Wade…Even though the Constitution makes no mention of abortion, the Court held that it confers a broad right to obtain one.”

And then in just four paragraphs, Justice Alito explained the rationale behind the Dobbs decision (Note: Footnotes have been omitted):

“We hold that Roe and Casey must be overruled. The Constitution makes no reference to abortion, and no such right is implicitly protected by any constitutional provision, including the one on which the defenders of Roe and Casey now chiefly rely—the Due Process Clause of the Fourteenth Amendment. That provision has been held to guarantee some rights that are not mentioned in the Constitution, but any such right must be ‘deeply rooted in this Nation’s history and tradition’ and ‘implicit in the concept of ordered liberty.’ Washington v. Glucksberg, 521 U. S. 702, 721 (1997).

“The right to abortion does not fall within this category. Until the latter part of the 20th century, such a right was entirely unknown in American law. Indeed, when the Fourteenth Amendment was adopted, three quarters of the States made abortion a crime at all stages of pregnancy. The abortion right is also critically different from any other right that this Court has held to fall within the Fourteenth Amendment’s protection of “liberty.” Roe’s defenders characterize the abortion right as similar to the rights recognized in past decisions involving matters such as intimate sexual relations, contraception, and marriage, but abortion is fundamentally different, as both Roe and Casey acknowledged, because it destroys what those decisions called ‘fetal life’ and what the law now before us describes as an ‘unborn human being.’

“Stare decisis, the doctrine on which Casey’s controlling opinion was based, does not compel unending adherence to Roe’s abuse of judicial authority. Roe was egregiously wrong from the start. Its reasoning was exceptionally weak, and the decision has had damaging consequences. And far from bringing about a national settlement of the abortion issue, Roe and Casey have enflamed debate and deepened division. It is time to heed the Constitution and return the issue of abortion to the people’s elected representatives. ‘The permissibility of abortion, and the limitations upon it, are to be resolved like most important questions in our democracy: by citizens trying to persuade one another and then voting.’ …That is what the Constitution and the rule of law demand.”

The implications of the Dobbs decision

As noted in Part 2 of this series, there were many legal experts and Constitutional scholars who believed from the outset that the Supreme Court’s decision in Roe v. Wade was untenable. Although they expressed their beliefs in different words, most of them were convinced that there was no constitutional basis for the court’s determination that the “fundamental right to privacy” that was enunciated in Griswold v. Connecticut included a “fundamental right to abortion.”

The “fundamental right to privacy” that Justice William O. Douglas described in Griswold as a “penumbral right” that emanates from the “zone of privacy rights” that are protected by the First, Third, Fourth, Fifth and Ninth Amendments was the basis for the Roe v. Wade ruling that women had the right to obtain abortions.

After Griswold and Roe, the Supreme Court identified several other rights that were extensions of the “fundamental right to privacy.” Although Justice Alito tried to assuage anyone who might be concerned that some/all of these other rights could be affected by the Dobbs decision – “we emphasize that our decision [in Dobbs] concerns the constitutional right to abortion and no other right” – several groups have already voiced concerns that this is simply the first step in the elimination of other rights that were also found to be part of the fundamental right of privacy.

These “other rights” – all of which are related to the same “fundamental right to privacy” that Roe was based on – include the following:

Concerns about Dobbs simply being the first step in what will become the large-scale demolition of personal rights were exacerbated by Justice clarence Thomas’ concurring opinion in Dobbs in which he stated: “…in future cases, we should reconsider all of this Court’s substantive due process precedents, including Griswold [right of married persons to obtain contraceptives], Lawrence [right of to engage in private, consensual sexual acts], and Obergefell [right to same-sex marriage].”

So, now what happens?

The most direct and immediate impact of the Dobbs decision is that the legality of abortions – and what, if any, restrictions can be placed on abortions – will now be determined by each individual State.

That’s because of the language of the Tenth Amendment: “The powers not delegated to the United States by the Constitution, nor prohibited by it to the States, are reserved to the States respectively, or to the people.”

At the time the Dobbs decision was announced, 13 states had so-called “trigger laws” in place. Each of these laws would either ban abortions altogether – or severely restrict who could obtain abortions and how far into the pregnancy they could obtain them (i.e., Arkansas, Idaho, Kentucky, Louisiana, Mississippi, Missouri, North Dakota, Oklahoma, South Dakota, Tennessee, Texas, Utah, and Wyoming). The laws in eight of those states do not provide exceptions for women whose pregnancies resulted from rape or incest (i.e., Arkansas, Kentucky, Louisiana, Missouri, Oklahoma, South Dakota, Tennessee, and Texas).

Is abortion now something that each state can decide on its own?

Unless Congress acts – or unless a majority of the justices on the U.S. Supreme Court choose to overturn the Dobbs decision – each state will be able to set its own policies and rules with respect to abortions.

Given the ages of the 9 Justices that currently sit on the Supreme Court (Clarence Thomas: 74; Samuel Alito: 72; Sonia Sotomayer: 68; John Roberts: 67; Elena Kagan: 62; Brett Kavanaugh: 57; Neil Gorsuch: 55; Ketanji Jackson: 52; and Amy Barrett: 50) – and given their respective viewpoints regarding abortion – it is unlikely that the Dobbs decision will be overturned anytime soon.

Congress, on the other hand, has two options if it wants to reinstate the rights that were set forth in Roe and Casey.

For now – and for the foreseeable future – each state will be able to set its own policies and rules with respect to abortion. As a result, we will likely see the country divided into several types of states:

Given the issues that have already arisen in the aftermath of the Dobbs decision, it is inevitable that the Supreme Court will be hearing other abortion-related cases for quite some time.

Stay tuned for Part 4, which will be published later this week.