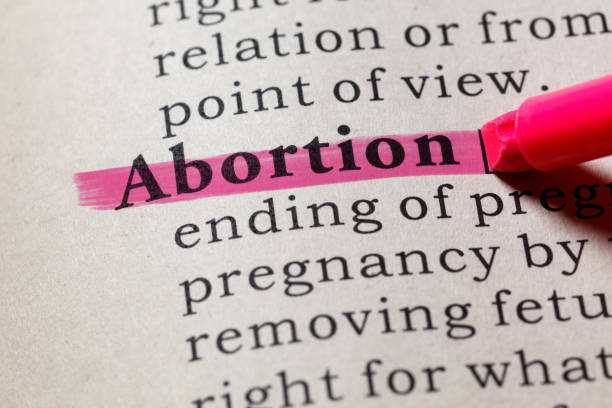 This is Part 4 of a series of posts concerning the issue of abortion rights in the U.S.

In Part 1, I provided an overview of how the U.S. dealt with the issue of abortion rights from its founding in 1776 up to the issuance of the U.S. Supreme Court’s decision in the Roe v. Wade case in 1973. In that same part, I also provided a summary of the various methods that were used to induce abortions during that same time period.

In Part 2, I reviewed the details of the Roe v. Wade decision – and explained why many legal experts and Constitutional scholars believed that the decision was a ticking time bomb from the moment it was released.

In Part 3, I explained why the decision in Dobbs v. Jackson Women’s Health Organization Et Al has raised concerns among a wide variety of groups throughout the country regarding the possible revocation of previously-recognized rights – and why that decision could further divide the country with respect to abortion and a variety of other issues.

Where Are We Now?

According to a recent article in The New York Times, the country is currently split into five categories of states with respect to the issue of abortion rights:

The two (2) Category 4 States are as follows: Mississippi (Note: Has an exception for rape but not incest), and Oklahoma.

Abortion rights in the other nine (9) States – Arizona, Indiana, Iowa, Michigan, Montana, North Dakota, South Carolina, West Virginia, and Wyoming – are currently tied up in pending lawsuits involving previously-passed laws or newly-passed laws that would ban most or all abortions. In this regard, it is expected that most of these will end up as Category 3, Category 4, or Category 5 States.

Where Are We Going?

While most of the reaction regarding the Dobbs decision has been rightfully focused on its impact on the health and safety of women who live in states that are not Category 1 states, there are aspects of the decision that have much broader implications.

To begin with, the central concept of the majority opinion in the Dobbs case is that “The Constitution does not confer a right to abortion…” This includes not only the original Constitution itself but also the 1st, 4th, 5th, 9th, and 14th Amendments that were cited in the Roe v. Wade decision.

In its penultimate paragraph, the majority decision in Dobbs makes it abundantly clear how the U.S. Supreme Court, as it is currently constituted, might resolve other controversial issues besides abortion: “We end this opinion where we began. Abortion presents a profound moral question. The Constitution does not prohibit the citizens of each State from regulating or prohibiting abortion. Roe and Casey arrogated that authority. We now overrule those decisions and return that authority to the people and their elected representatives.”

The powers and rights of the federal government are enumerated in Article 1, Section 8 of the U.S. Constitution.

As set forth therein, these include eighteen (18) specific powers – including such things as the right to collect taxes, to borrow money, to coin money, to declare war, etc.

The rights of individual states are set forth in the 10th Amendment – which reads as follows: “The powers not delegated to the United States by the Constitution, nor prohibited by it to the states, are reserved to the states respectively, or to the people.”

Predicting the Future – and the Potential Impact of the 14th Amendment

With the majority opinion in the Dobbs case, the Supreme Court has signaled that it will adopt a “strict constructionist” viewpoint on some issues such as abortion rights. Whether that will hold true on other issues is hard to predict.

While Justice Clarence Thomas has signaled that he is ready to rein in a variety of powers that the federal government has assumed in recent years, it is unclear whether the other justices who signed onto the majority opinion in Dobbs will do likewise.

Even Justice Alito, who authored the majority opinion, made it clear that the Dobbs decision does not necessarily mean that other rights that are based on the so-called “right to privacy” – e.g., contraception, same-sex marriage, etc. – may be at risk.

Section 1 of the 14th Amendment will likely have some influence as the battle between “strict constructionists” and “expansionists” moves forward.

While those words certainly suggest that all citizens of the U.S. are entitled to “equal protection,” those women who are no longer able to obtain an abortion in the states where they reside would certainly argue that’s no longer the case.

One Reply to “Abortion Rights in the U.S.: Part 4”